TWIBQ: Cry Me A Philip Rivers

I hate to do this, I really do...I feel bad about myself. But there's no one else I can give this week's Bro Council Bad Quarterbacking award to other than Tyler Palko. Why do I feel so bad about it? Because the dude just put up a ridiculously embarrassing performance. In his last shot to prove himself as a viable NFL Quarterback, against his hometown team. On a nationally televised Sunday night game. Poor guy. Alright, enough of the feeling bad thing...here are the stats:

Man...if you watched the game you know what I'm talking about. Ugly. He made Curtis Painter look like, well, Peyton Manning. He made the poor effort on the part of the Steelers offense look like a winning performance. And most importantly for him, he made Kyle Orton look like a starting QB again. Well Tyler...each week our "winner" is honored with a picture befitting of his title, so thanks to my awesome Photoshop skills we present you with your award: 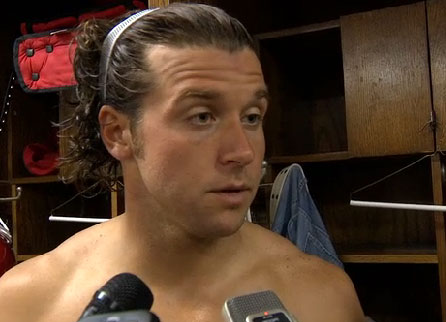 Look At His Funny Hair and Scrunchee

Fooled you...I didn't Photoshop that. That's his real hair. Yup...a starting quarterback in the NFL attempted to go with the Pauly Shore look for a haircut. (I tried to find a good picture of said hairstyle, but when I typed in "Pauly Shore" and "Funny" into Google my internet crashed). So what can we learn from this?

Ok, we can't leave off on such a negative like that for a beaten down guy like Palko, so we'll end on a positive. A little known fact is that in college, Palko beat Joe Flacco out for the starting QB job with the Panthers. This forced Joe to move onto another school and become a starter for the Ravens. Tyler won in college, Joe volleyed back with a much better pro career, but we think Palko gets the last laugh here. He has two eyebrows. 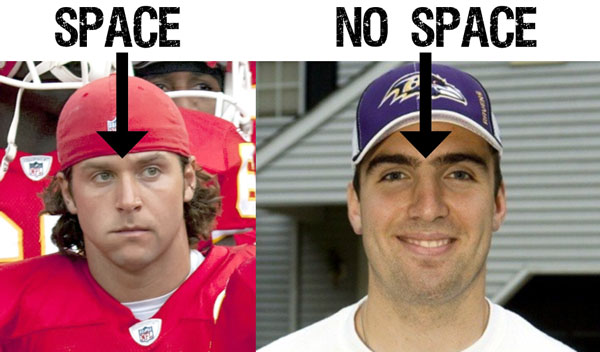 You win Tyler, you win.