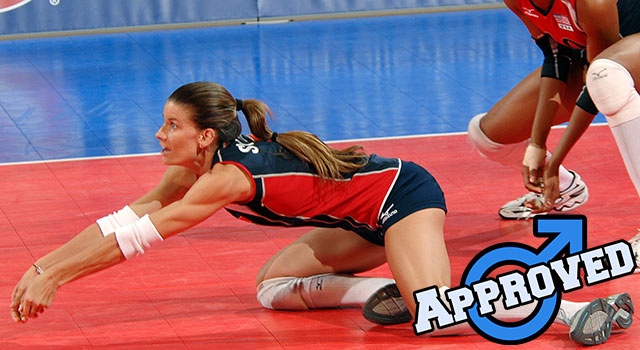 I've never honestly paid much attention to women's Olympic volleyball. This is partially because I'm usually watching swimming, and mostly because I'm secretly envious of everyone that is tall enough to actually reach over a volleyball net.

But, after reading this story from Fox Sports this morning, I know for one, that I will be paying attention to volleyball this summer; particularly because of one awesome athlete, Stacy Sykora. If you haven't heard of her yet, well, you should have. Stacy's story is this:

She was a triple-threat athlete in volleyball, track and basketball at Texas A&M in the late 1990s, and has been to three Olympics games already, in 2000, 2004, and 2008. Last year, Stacy was playing for a professional team in Brazil and traveling when her team was in a tragic bus accident. Immediately after the crash, Stacy appeared to be fine, but within minutes, was in critical condition and ended up in a medically-induced coma.

In the roughly 14 months since then, Stacy has been working almost non-stop to rejoin her professional team, regain her volleyball skills, and has been training with the women's Olympic team six days a week. The US women's volleyball team has never won Olympic gold, and is hoping to do so in London this year. Stacy doesn't yet know if she'll be on the team, but either way, we'll be pulling for you over here at Bro Council.