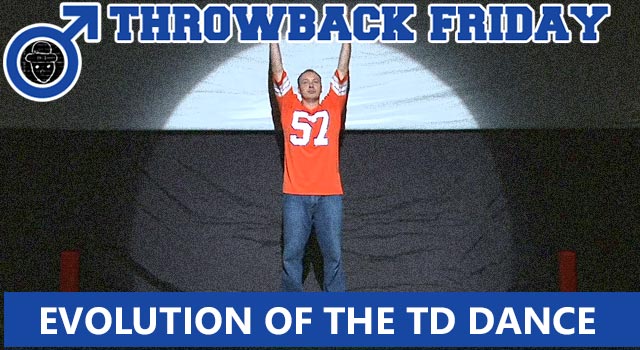 In 2001, Judson Laipply recorded the Evolution of Dance. In 2006 he uploaded a clip to YouTube...it now has over 180 million hits. Wow. Alright people, let's get started making the Roommates series as widely viewed!

So what's Judson up to now? Well, he's a motivational speaker, and ESPN even contracted him to make a sequel to the original which you can see below. Way to make a ton of money off some other people's dances, Judson! Check out the video below:

Dancing is ok, but the only reason this video made it onto Bro Council is because Judson made a sequel called "Evolution of the Touchdown Dance" that is Bro Council, Approved. Check it out here: