Breaking Bad's Jesse Was On The Price Is Right In 1998 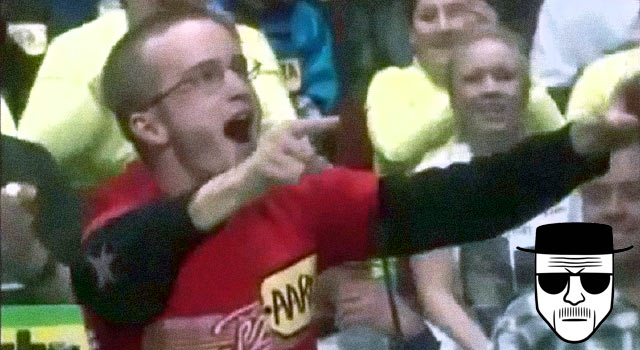 Before he was Jesse in Breaking Bad, Aaron Paul was a contestant on The Price Is Right.

When he got called down to contestants row, the future TV meth dealer started acting like he had taken some of the blue stuff, and screamed "You're the man, Bob! You're my idol!" We don't know if he was genuinely excited, or just working on his acting chops but it was convincing either way.

He even made it to the stage and won the Showcase Showdown, but overbid on the final Showcase package by $132. Ouch.

That's disappointing, but hey, at least he now has two Emmy Awards and is making $150,000 per episode for Breaking Bad. It's not quite Heisenberg money, but it's a decent wage.

Check out Paul on the Price Is Right below.