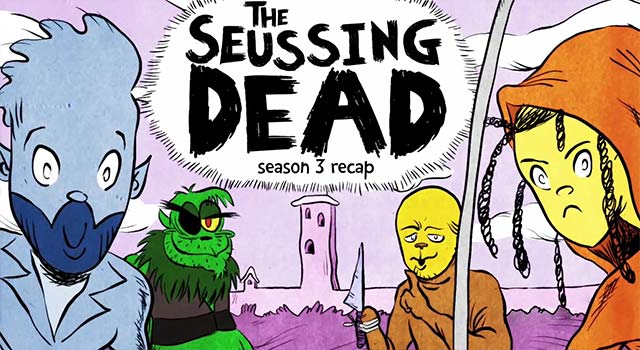 On streets and in hollows, in building and house, the Walkers are walking, shoving guts in their snouts!

We are 4 episodes in to the new season of Walking Dead, and it's been a slow start to the season. At least we have the promise from executive producer Greg Nicotero that one episode will be taken "almost verbatim" from the comic books. There have been some major differences between the TV and comic versions that we've documented before. Get ready, graphic novel fans!

If you still have the episodes from this season waiting for you on your DVR, maybe this will help out. If you missed season 3 or just want a refresher on the plot, why not have Dr. Seuss help with that?