When I was younger, I would always see my dad stroking his beard while reading a book. I didn't understand this. But, since he's my dad - I went ahead and began stroking my pathetic, hairless chin anyway. One day he caught me stroking my chin and asked "Caitlin, why are you doing that?" And I so nonchalantly replied: "Because Dad, it's not fair that you can grow a beard and I can't!" As this evidence proves, from a young age I have coveted beards from afar. Always longing to grow one, always being too feminine to do so. So it should be no surprise that the men I've dated and/or am attracted too are sporting the largest of the large beards. From my perspective, any dude that has a beard is infinitely more attractive then a man without. One time, I hit on a dude at a bar by writing this on a napkin: "Beards. Am I right or am I right?!" Of course, he never called me because I'm a weirdo and crept around the bar for a solid hour until I got up the courage to actually hand him the stupid napkin. But that's beside the point. Gentleman, if you have the ability to grow a beard, I strongly urge you to! Here's why:

1. Beards are nature's blanket. I myself do own one of the ever beautiful beard beanies that my roommate knitted just for me a few years back, but if I was able to grow one of those on my face to keep it warm during the winter months, I most certainly would. Not to mention, pairing a beanie with a beard will not only make you look like a badass Sons of Anarchy character, it'll give your head so much warmth you could probably wear shorts outside in this crazy polar vortex winter. Probably. 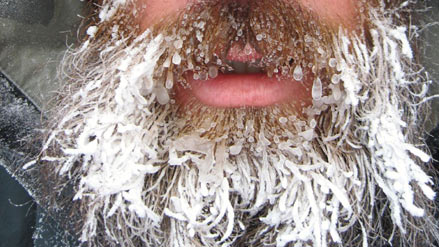 2. Beard Scritches. This is a phenomenon among many of my dude friends that I also indulge in from time to time. You may ask yourself, "What are beard scritches exactly?" Well, my male friends often greet each other and instantly start scratching the bottom of each other's beards. It could range in a time span anywhere from several seconds to several minutes. It's sort of a male bonding activity, but you know what? As a jealous female counterpart to the world of the beard, I certainly do participate in the beard scritches bonding time.

3. Beards make you look super intimidating. Whether you're 5'5" or 6'5". Beards make you look like you could easily kick anyone's ass and therefore make me feel safer. Beards naturally make a man look older, and usually like lumberjacks. Now, I've never met a real lumberjack but I can only assume they have the ability to take out a dude in one punch. So walking down the streets of Pittsburgh with a big bearded dude right next to me automatically wards off the creepers and weirdos. The last thing I want is some random dude hitting on me when I'm hanging out with my friends. So I take my bearded friend with me to the bar and BOOM - safe zone forever. And if we look back at any kind of history whether it be religious or not - many important figures are rocking the facial hair. Zeus? Jesus? Bearded. Santa? Father Time? Bearded. Sidney Crosby? Big Ben? Totes bearded. Ulysses Grant? Abraham Lincoln? BEARDED. 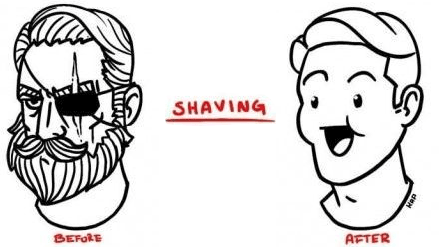 4. Woman are more attracted to beards. I'm not just saying that because it's how I feel. I'm saying that because of SCIENCE. Yes! Science has proven that women find men with moderate stubble to full grown beards to be more attractive than your typical clean shaven man. So the next time you feel the urge to pick up that razor and shave it all off - just think about all of the women who may approach you in a social setting and compliment you on your beard. I can't tell you how many times I've solely said "Dude, I love your beard!" To random guys on the street. Of course, I live in a hipster town so giving out that compliment is second nature to me now.

5. Beards are a natural napkin. Going out to eat and scared of dropping food on your new flannel? Fear not, for the beard will catch it! You may say, "Eww, food in your beard is gross." And you're not wrong in thinking that but you always have that dillweed that's all "Dude, you got food in your beard." And the snarky response of "I was saving it for later!" as you nonchalantly go back to eating your burritos. It always serves for a good laugh and if you find some chicken in your beard later, whatevs. A midnight snack never hurt anyone. Plus, look what else you can do with a beard, some ramen, and some beer: 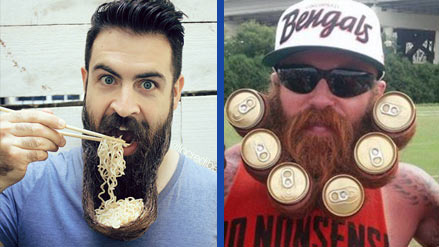 6. Beards are proven to keep your skin healthier. With all of that shaving you probably did during your tween years, it's no wonder you were secretly calling the Proactive hotline ordering that stuff in bulk. Different dirts get caught in or irritate your pores when you shave often. That causes pimples or acne which causes you to lather on the moisturizers and medications! When you have a beard, your skin is protected from outside dirts and since you don't need to shave anymore, your pores aren't irritated. Your skin is all natural underneath that hairy goodness you've got going on, and is much happier because of it.

7. You'll instantly be the coolest one of your male friends. Remember those lonely high school years where you were picked last in gym class and whenever you asked the head cheerleader out she poured a milkshake on your head and laughed at you? (Maybe that only happened in the movies, but that's neither here nor there). Consider those times distant memories when you've got a beard. With this acclaimed facial hair, as soon as you walk in a room people are giving you high fives, fist bumps, and chanting your name as you get rounds upon rounds of free beers. Women will throw themselves at your feet or have fantasies about you throwing them against walls and showing them what your beard is really made of. And if other dudes in your friend group have a beard, it instantly becomes a competition of who's growing the better beard. And chances are - it's gonna be you. Because you're a man's man. You're THE man. Fear the beard!

To sum up, in the words of William Shakespeare: “He that hath a beard is more than a youth, and he that hath no beard is less than a man.”

Or, if you prefer a more up to date pop culture icon, in the words of the legendary Ron Swanson: 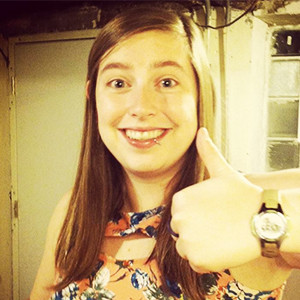 Caitlin Turk
Caitlin is a lover of beards, bacon, Christmas, and Netflix.