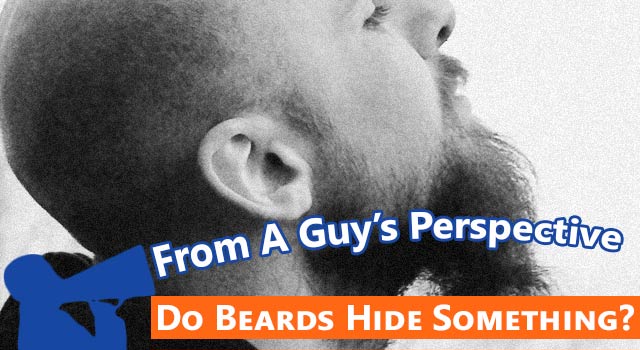 (Editor's Note: You know how much we love our beards here at Bro Council, and the writer who submitted this article has a beard himself. That being said, he writes some things that will probably be considered pretty controversial to some of our readers. This is not an official stance of Bro Council. If you want to rebut him feel free to do so in the comments section!)

There comes a time in every semi-employable young man's life when he must consider: what is it that I want to do with this coarse, coiled gift from the most high that is sprouting, unevenly, from my impeccable mug? It is at this very moment that we all choose our own personal lie. The physical manifestations of this choice are obvious and, at least on a surface level, “honest”. Rocking the pork chop sideburns? A wispy soul patch? Classic Van Dyke? Smashmouth-era Fu Manchu? A full blown Jesus of Nazareth? Behind the whiskers, past the oil clogged pores, somewhere within the fragile psyche of this brave acne warrior therein lie the seeds of deceit. None of us were born with a beard, nor will any sane member of the less than fairer sex opt for the au natural cro magnon unaltered growth. So we choose our fib, choose how we desire to alter our appearance - for good, bad, or absurd.

Unfortunately, there are some among us who fail to see the humor in this facade. These are the Serious Beard Bros (S.B.B.’s)This great mass of unblinking pencil thin mustaches fading seamlessly into an immaculately manicured goatee threaten the integrity of our great collective lie; that our beards not only represent us, but are also to be respected. In the fabled words of noted beard and chicken enthusiast, Kenny Rogers, "You gotta know when to hold 'em. Know when to fold 'em. And know when you look like a bit of a tool."

The greatest perk about the ability to grow a beard is its malleability. One can drastically change his look, nearly a dozen times, before leaving for a night on the town (like women with their, ya-know, blouses, amiright fellas? Fellas?). For instance, right now, I am working on a full Abraham Lincoln. Gore Vidal asserted that Lincoln grew his beard in order to temporarily disguise himself upon arriving in the politically hostile city of Washington D.C. for the first time. Similarly, I got a whiff of tomato soup I’d consumed several hours earlier in the old 'stash, and decided that his days were numbered -- the stash's, not Lincoln's. Never forget.

Granted, I look a little less “Lincoln” and a little more “chuckles” with this current setup. But, whatever, my power was out like a week ago, so I spent my time shaving smallpox scars into my pug with my razor's nose hair trimmer, and now it is quite dead -- again, the razor, not the dog. The point being that I can either grow the mustache back, or trim it up so my neighbors might take pause before calling the police when they catch me urinating on their lawn at 3:30 a.m. on a Tuesday. Facial hair, like life, is temporal.

However, there is an important distinction between wearing one's beard like a badge of apathy and one of cognitive dissonance. If you look like an dummy with a beard, own it, and maybe, six months down the road, consider cleaning up. If you have a weird Ovaltine stain shading your upper lip and seven ringlets of prematurely graying hair running down your jaw line, I don't want to hear your super earnest opinion of early Byron.

I believe Fleet Foxes are the malignant tumor from which this meta-irony-atop-irony-which is-thus-no-longer-irony-jerk-beard cancer sprung. If you're not really familiar with Fleet Foxes, you're sort of out of luck, because neither am I. From what I have ascertained through extensive research (read: judging from afar), they write somber, twelve-minute odes to the majesties of especially steep hills, that make those who buy into their shtick realize they should call their burn-out, ex-hippie parents, and forgive them for missing their eighth grade soccer game because, "Mom can't get out of bed today," while coming down from a magic mushroom trip. They also grow fairly epic beards. And their lead singer's first name is Robin.

Anyway, my completely unfounded assumption is that Robin and the gang wear beards as sort of an homage to nature. A testament to purity and salt of the earth-ness, running well past their collective collars, no doubt stained with strong chai tea (their only vice). Basically, Fleet Foxes, Bon Iver, and other super sincere singer songwriters of their ilk are on a personal mission to refute the age old adage that “a man with a beard has something to hide." There's no secrets kept among these fellas -- just a beard, a stage, an acoustic, raw emotion, and an audience full of pre-pubescent girls and Seriously-Bearded Bros.

But these S.B.B.'s are where the this philosophy of honesty folds on it itself. For the sake of argument, let's assume that Fleet of Bright Iver and Wine wear their beards for some other reason than adding "bohemianly bearded" to their artistic cred sheet. What's going on with the super somber fellas with the super whimsical forearm tattoos and expensive, old looking v-necks, clinging to equally expensive cheap beers in the front row? Are they sprouting artistic credibility from their razor burns as well? Impossible, as this look has been carefully poached from the aforementioned demi-gods on stage, mumbling harmoniously about a train stop in Tuscaloosa they flew over once.

The truth is that every man who wears a beard does indeed have something to hide. Could be a devotion to a dopey band you're hoping is going to eventually land you a forgettable gal-pal. Could be a thinly-veiled aversion to hygiene in general. Could be you’re trying to put off your imminent assassination for a few months, so as to preserve these States United from certain ruin. Could be a double chin. The most important credo to abide by is that, at any point in time, your razor could very well run out of juice with your mustache halfway round through its surprisingly strong teeth, forcing you to, possibly, burst into tears and frantically call for your mother. What I'm saying is that my beard, as well yours, and his, and hers is, at the heart, a farce - so wear that lie on your face in the most honest way possible. 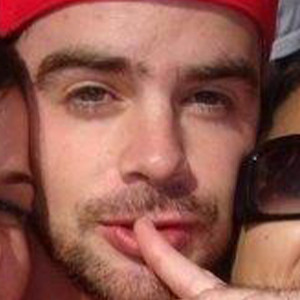 Frank Babies
Frank's into cagefighting and postmodern literature. Music is good. He's here to help you help him. Build the Machine.