Pat has an animal conspiracy. I don't know exactly what the conspiracy consists of, but I got an email that said: 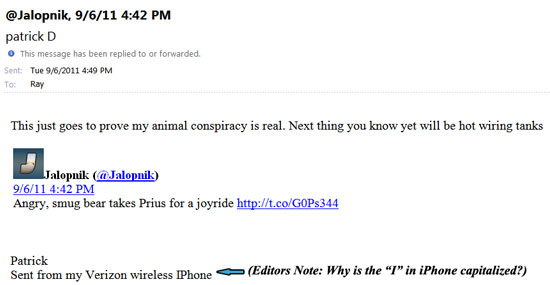 So I'm hoping to hear more about this "conspiracy" later, and you can ask him about it on Twitter at @brocouncilpat - until we find out what the conspiracy is, you should check out the article. It's actually pretty hilarious.