Police in Standoff with Gun-Toting Doll 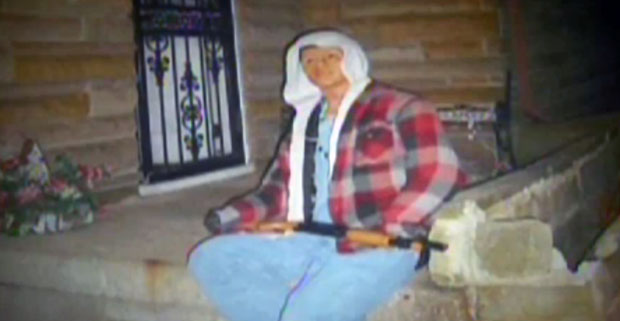 After reading this story, I'm a little ashamed to admit how much I loved living in Ohio. A guy in Springfield wanted to play a practical joke on his cousin, so he put a dummy in a redneck jacket and old jeans on her porch and put a shotgun in its arms. Apparently it's pretty common in Springfield for handless gunmen to sit around on porches because the cousin thought it was a real person, freaked out, and called 911.

Reasons this story is pretty funny:

1. I'm pretty sure it's set in the Simpsons hometown.

2. The sheriff's name is Gene Kelly. (Fun fact: the original Gene Kelly was from Pittsburgh)

3. The cousin is charged with "inducing a panic," a misdemeanor in Clark County, Ohio.

4. The police actually attempted to negotiate with the dummy before realizing it was plastic.

(Editor's Note: We at Bro Council are very surprised that our very own Pat hasn't been arrested for something like this yet. It's only a matter of time.)