Where Does This Guy Get Hit With A Flash Bang? 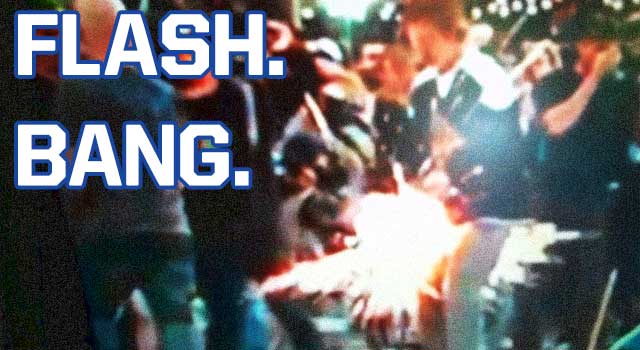 If you're a hockey fan you'll probably remember when the Vancouver Canucks were eliminated from the Stanley Cup Playoffs two years ago. The fans rioted, cars were burned, and police were called in.

Hopefully they don't riot for the lockout, or else it could be bad news for this guy. Two years ago he decided to join the rioters in downtown Vancouver. What did he get for his troubles?

Hopefully that teaches him to not riot. Nice work, flash bang. You're a great teacher.