Netflix: The Next Big Studio? 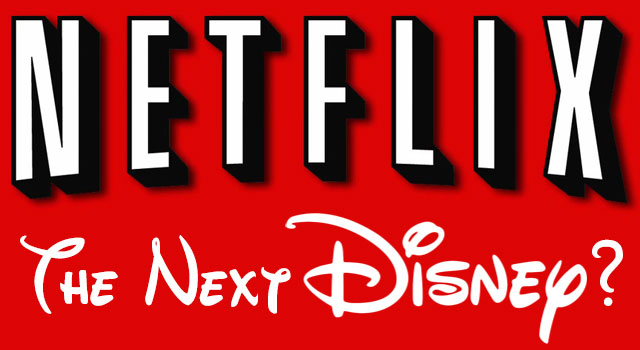 Last Friday, Netlfix made news and moved another big step toward their future. They released their first original show, the David Fincher produced House of Cards starring Kevin Spacey, Kate Mara (Rooney's sister), and Robyn Wright Penn. The series is about a powerful, yet brutal, couple living in Washington DC, and Spacey plays a congressman from South Carolina who helps ensure the presidential election for one of the candidates with the promise of being named the Secratary of State. When the agreement is not honored he does what you would think any politician would do; he sets the administration up to fail in ways only a politician can. Mara plays an up and coming reporter who finds an in with the congressman and, because of that, becomes an instant star in the media world.

Netflix has released the show to their streaming customers as a Netflix exclusive with all 13 episodes becoming available at one time on February 1st. The show cost 100 million to produce, and for a company who doesn't show commercials and whose profit comes solely from subscribers this is a huge risk. Will this show be able to compete with the likes of Showtime's Homeland or HBO's Newsroom - two of the biggest media conglomerates out there today that are known for their exclusive shows? That's up to you, the viewing public, but after watching the first several episodes of House of Cards this weekend, they will at least be in the same conversation. One huge benefit of the Netflix model is that there is no waiting. Last year while I was watching Homeland and Newsroom, I would consistently say "I can't wait to see the next episode." Well now that's possible with any media streaming device. Whether it's your computer, Wii, PS3, Xbox, cell phone, or Roku you don't have to wait, just move right on to the next episode.

Netflix has announced that they are producing Season 4 of cult classic Arrested Development which will be released on May 4th. Again, it's a Netflix exclusive and all of the episodes are released at once. Netflix has announced that they hope to release five such shows a year, with the next one possibly being the Ricky Gervais produced Derek which is rumored to come in March or April. Derek has been a controversial hit in the UK about a mentally challenged nice guy at a care home facing closure.

If these weren't enough for you, or you're not into original programming, Netflix has just signed a deal with Disney that gave them the streaming rights for their live action and animation studios which include Pixar, Marvel, and now even Lucasfilm. For now Netflix is a distributor of Disney films, but can they someday be the next Disney? House of Cards and Arrested Development are a good start.