No Holds Barred. On DVD! 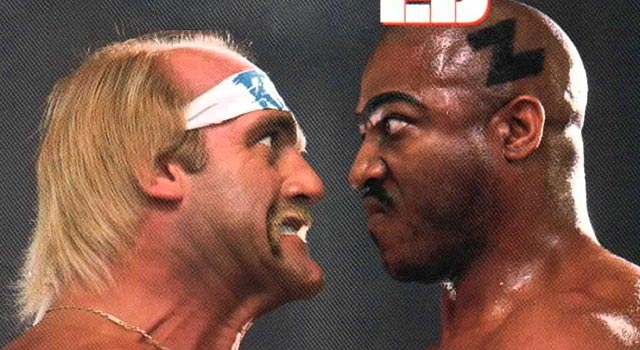 If you were born in the 80's, there is a good chance you have at least heard of No Holds Barred. Back when the WWE was WWF, professional wrestling was king, and no one knew what "MMA" was, this movie was the over the top king of movies.

Ok, that intro was about as cheesy as the movie was.

No Holds Barred starred Hulk Hogan and some guy named Tiny Lester who was actually a big dude with a "Z" shaved in his head. The movie has all of your typical plot elements like a wrestling ring in the middle of a bar, Hulk Hogan's brother getting beat senseless, and Hulk Hogan killing a couple people. You know, typical Oscar contender plots.