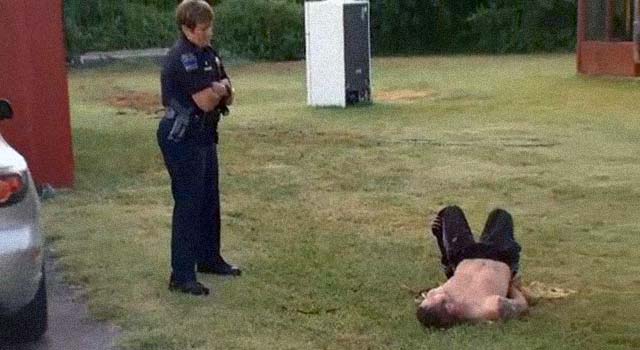 In a month where we are celebrating our country's birthday, we bring you an All-American story.

Recently, an Oklahoma home owner not only caught a man named Robert Cole attempting to burglarize his house, but pinned him to the ground and hogtied him. The next step of his heroics are priceless: he left the man in the front yard until police arrived so that he wasn't late for work.

The man's wife, Denay Houston, is 9 months pregnant and was awakened by the sound of shattering glass in the their daughter's room. They also heard a noise coming from the garage and when Denay's husband went to check it out he rushed the intruder, tackled him, and proceeded to hogtie him in the front yard.

The All-American man then nodded to his wife, said "I got to take care of business, he's safe, the cops are coming, I gotta go," and left for work. The only thing that could have made that better would have been a well-timed mic drop.

Check out the news report below.