Man Uses Plane To Follow The Guy Stealing His Trailer 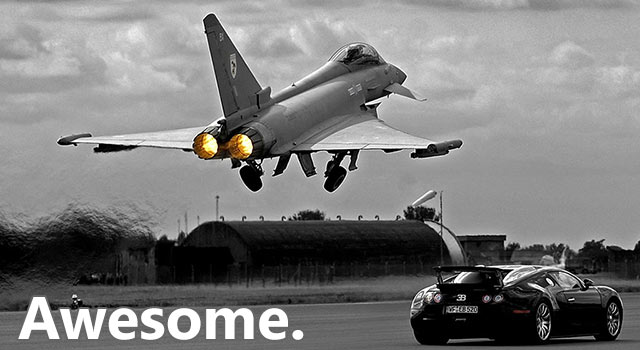 A few weeks ago, Florida pilot David Zehtner was flying his personal airplane home from North Carolina when he decided to fly over his own house. It probably seemed like an awesome idea; maybe wave to his kids, or do a Top Gun-style flyby and scare his cat. But instead, Zehtner noticed a truck in his driveway and a guy trying to break into his house. The thief, Gary Robert Haines then stole Zehtner's trailer, while an airplane followed him at 300 feet the ENTIRE time, but apparently never thought "hey, that's weird, I'm being followed by an airplane and I'm not Gary Busey."

Zehtner called the police mid-air, and Roberts was arrested about 40 miles from Zehtner's house, although he probably won't be returning to steal anything from the airplane-detective's property again.

We assume it looked something like this Bugatti Veyron vs. Euro Fighter challenge from Top Gear BBC: