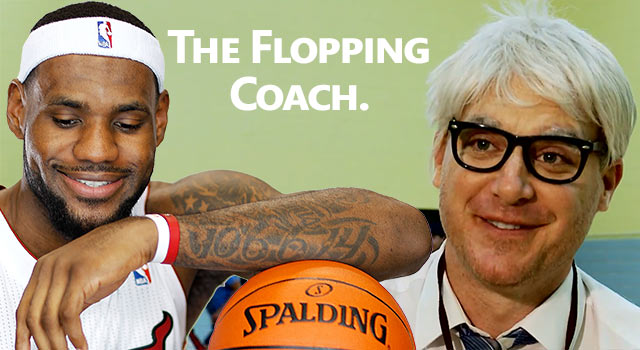 We've talked about LeBron James' propensity to flop several times before on the site. Now, we get to meet the man who taught LeBron James how to fall down again and again as if a very strong ghost had pushed him.

There was once a time that LeBron was so big and strong that knocking him over was nearly impossible. Then, he apparently met Frank Calhoun of the "Flop-Like-A-Pro Basketball Camp" and his life was forever changed.

Calhoun has also apparently worked with other players like Manu Ginobili and Paul Pierce, but he is still relatively unknown in the basketball world.

In all seriousness, check out the parody video below and enjoy the LeBron-related humor while you can - this series may be over tomorrow night.