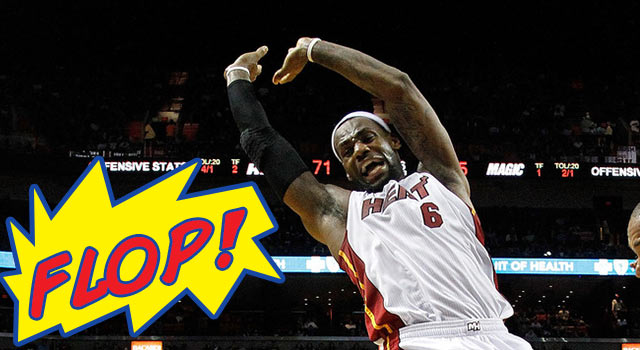 Is LeBron James truly King James? At least when it comes to flopping he is. Although some of our staff loves him, some of us can't get over his WWE style over-acting every time someone breathes in his direction.

Last night was no exception to the rule of flailing LeBron, as he was falling all over the floor like he was shot with a tomahawk missile when any Pacers player was within 12 inches of his body. So when LeBron stepped to the line near the end of the third quarter last night for a couple flop foul shots, the Indiana Pacers faithful let him know what they thought of him.

To be fair, if I was an NBA GM I would take LeBron in a heartbeat. I would just hope that he became more like Jordan and less like European Soccer when it came to his toughness.

Check out the chants below.