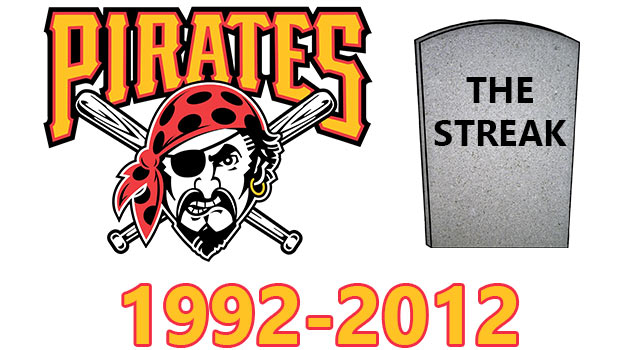 The world looks a lot different than it did in 1992, but we're glad that the Pirates are finally back to where they were in 1992. Let's celebrate with Pittsburgh today. After 20 years, the losing streak is over. Well done, guys!

For those who are Pirates fans, here's a video of Andrew McCutchen from ESPN's E:60 that will make you feel good about the next 5-10 years as well. The post-season isn't guaranteed yet, but it looks good. Make sure to check arethepiratesintheplayoffs.com to see when they are officially in the playoffs.