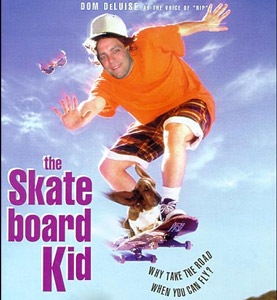 It's pretty timely with the introduction of our new favorite fan Oskar, but this story out of Sweden proves that no good deed involving massive property destruction and car theft goes unpunished. This 22-year-old Swedish Lord of Dogtown decided to do his BFF/bromance a favor: build him an awesome skateboard ramp so his friend can hang out, look cool and wear JNCOs like its 1997. So, like what any good bro-friend would do, he stole the guy's car and power tools, destroyed his back patio and broke a few windows. Then, when his awesome skateboard ramp was completed, his friend said thank you in an equally awesome way...he called the cops, and now the ramp-builder is serving two months in a Swedish prison. Tony Hawk would be so disappointed.