The Best Catch You Will See All Year 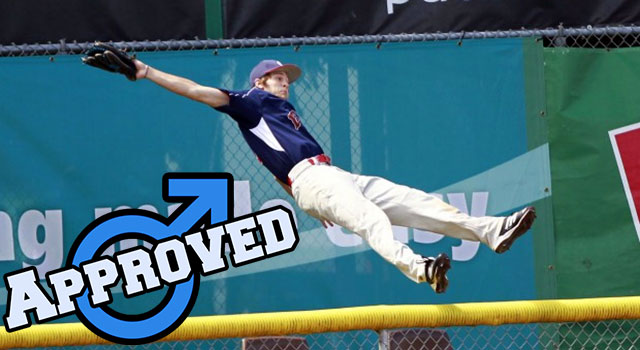 The NWAACC (Northwest Athletic Association of Community Colleges) is not well known, but an outfielder from Lower Columbia College will forever be known on the internet. Derrick Salberg made game-ending catch to rob competing Everett of a two-run home run. What was great about the catch was that he did it with style. Check out the video below, and be awed.

You can also see a photo sequence of the catch here.