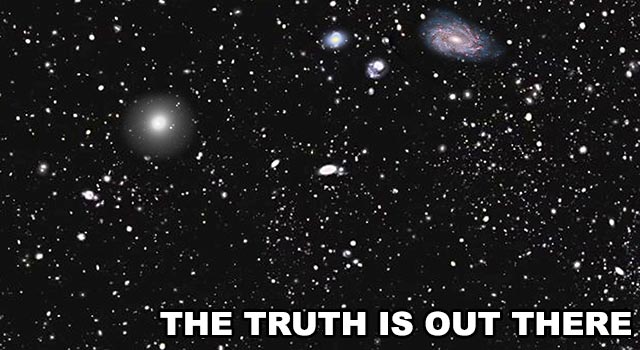 The geniuses at Harvard-Smithsonian Center for Astrophysics just released a giant 3D map of outer space. Really, it's huge. They were given money for a six-year study of the stars and the map is more than four billion light-years cubed. Yep, 4 billion!

Here's what they had to say on their website:

The Sloan Digital Sky Survey III (SDSS-III) has released the largest three-dimensional map of massive galaxies and distant black holes ever created. The new map pinpoints the locations and distances of over a million galaxies. It covers a total volume equivalent to that of a cube four billion light-years on a side.

"We want to map the largest volume of the universe yet, and to use that map to understand how the expansion of the universe is accelerating," said Daniel Eisenstein (Harvard-Smithsonian Center for Astrophysics), the director of SDSS-III.

The map is the centerpiece of Data Release 9 (DR9), which publicly releases the data from the first two years of a six-year survey project. The release includes images of 200 million galaxies and spectra of 1.35 million galaxies. (Spectra take more time to collect than photographs, but provide the crucial third dimension by letting astronomers measure galaxy distances.)

"Our goal is to create a catalog that will be used long after we are done," said Michael Blanton of New York University, who led the team that prepared Data Release 9.

Awesome! Check out a video below of avirtual flight through the cosmos. Who knows, maybe Halo 7 will be based on this map so we can fly through it ourselves sometime.