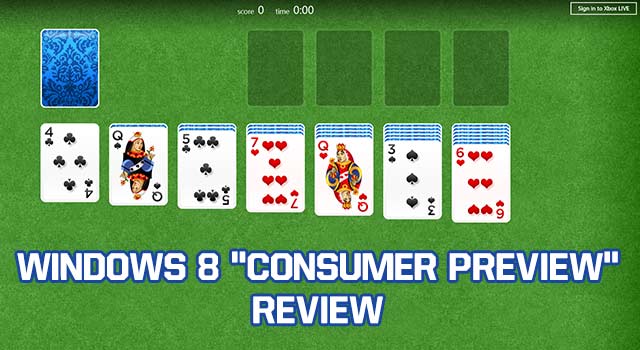 Microsoft is getting ready to launch the next version of their Windows operating system later this year, and yes...Windows 8 does have solitaire. This week, they announced that the Consumer Preview version would be available for download. I immediately got my own copy, set up a dual-boot, and loaded that bad boy on to see how it compared to the extremely popular Windows 7. (Disclaimer: You can get the beta release here, but make sure you know what you're doing. If something goes wrong you could lose everything on your computer.) Here's a quick overview of the new OS as well as a video preview of it. Let's take a look at some of the key features: 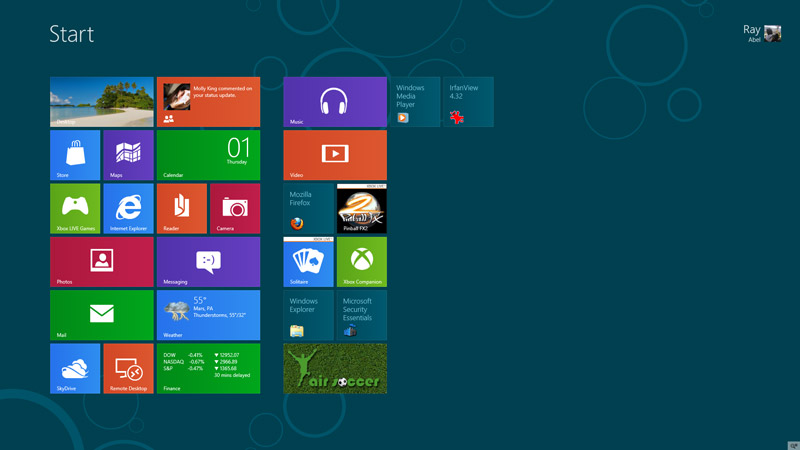 There isn't a "Start" button in this version of Windows. And technically, the start button was phased out when Vista switched it to a little circular flag. But if you move your mouse to the bottom left of the screen, or hit the "Windows" button it will bring up the new Start Screen. Microsoft calls this the "Metro" user interface and, aside from the horrible name, it works and looks great. From here you can launch "Metro" apps which will run in full-screen mode or dock on the sides of the screen. You can also launch all of your regular programs (or just hit Windows + F to bring the search tool up). It also gives you the glance-and-go features that the extraordinary Windows Phone 7 interface has. As notifications, emails, and weather updates come in they'll pop up on your main start screen. If you're going to use Windows 8 on a tablet, this is the screen you'll probably be using the most. 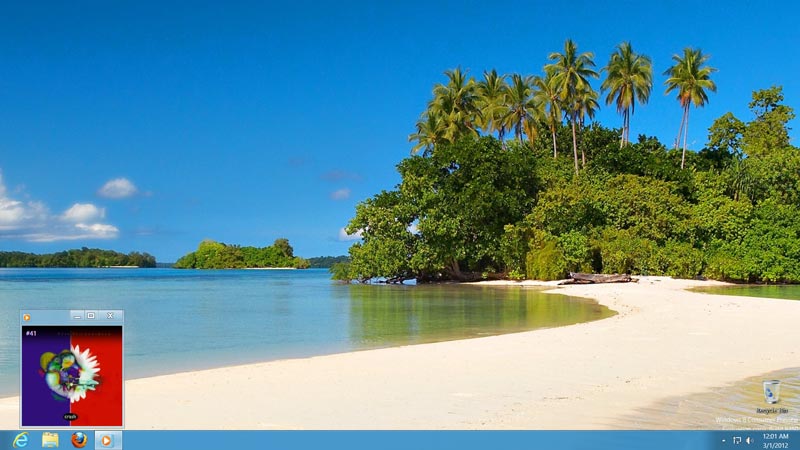 This is what the traditional desktop looks like in Windows 8. Yep, it's pretty bare. And as you can see, that "Start" button is gone. You can check out the video below to see how it functions, or you can just use Windows 7, or Vista, or XP, and block out the Start button. Moving on...

You'll get a selection of standard apps with Windows 8 that run on the Metro UI. They include a calendar, Xbox Live integration, a new contacts/social networking updates manager, plus maps, messaging, and more. You can see a lot of them in action in the video, but one thing I don't cover in depth there is the new app store. Yes, an App Store is coming to Windows 8. You can buy games, utilities, and more for your desktop or tablet. Plus, it's easy to port Windows Phone games over so that should help with development there. So far, there isn't a lot available in the Marketplace, but that will change by the release date.

There is so much more available in this new beta, but a lot of it isn't too exciting to the masses. The general overhaul will be striking for most people, and it's going to be a love-it or hate-it kind of thing. Right now, I'm still feeling it out but I know I'll love it for a tablet. I'm still waiting to see a final product for my desktop approval, but I'm excited for the possibilities. Check out the video below and, for you brave souls, give the beta a try.