Pumpkin Of The Year: The Krang-O-Lantern 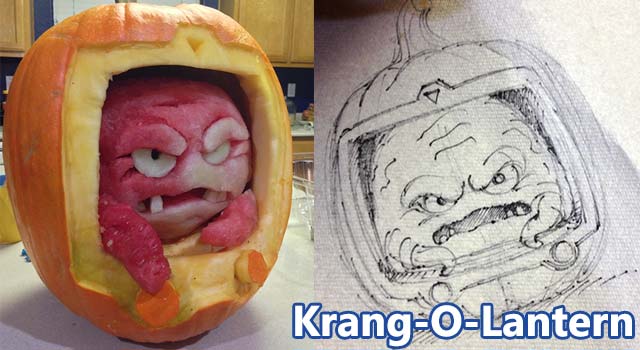 How was your Halloween? Did you carve a cool pumpkin? Good. Although I haven't even seen your pumpkin, I know that you would have lost in a carving competition to a guy named Mike V. He decided to up the ante of pumpkin carving and make the "Krang-O-Lantern."

If you don't know, Krang is an evil villain that faces off with the Teenage Mutant Ninja Turtles, rides around in the stomach of a robot, and looks like this:

When asked what Krang himself was made out of, Mike V. had this to say:

Krang and his tentacles are carved out of a watermelon. His eyes and teeth were made from the white insides of the watermelon rind.

This pumpkin is spot on. Well done, sir. Well done. 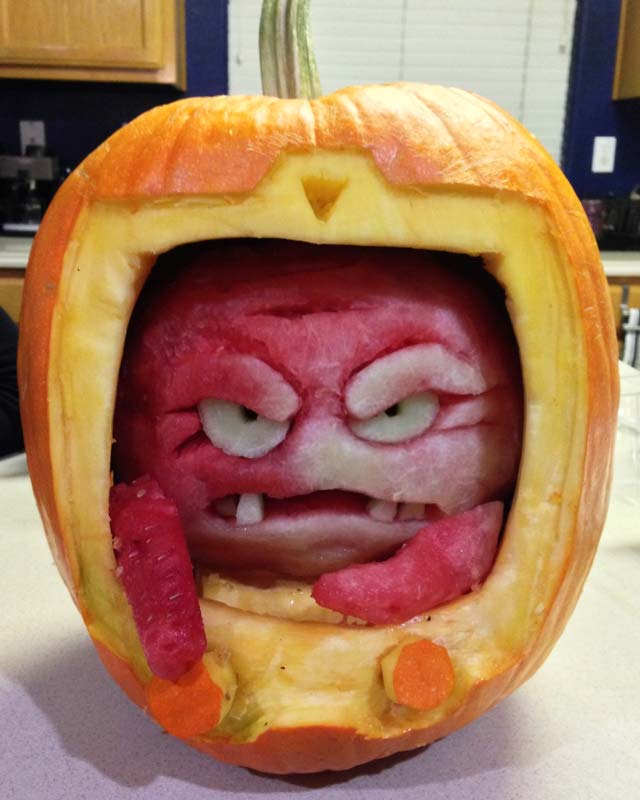