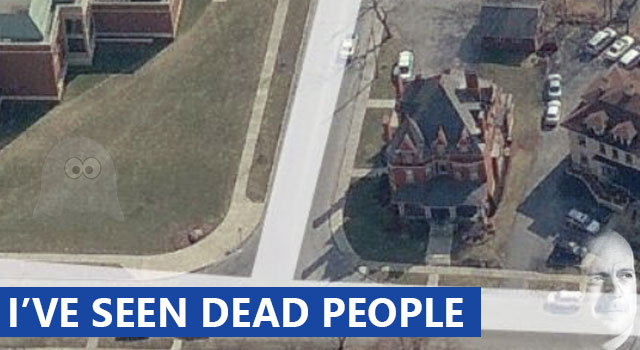 I never believed in ghosts or the afterlife until I had my own personal experiences with them. It'll be hard for me to completely explain this but I'll do my best to paint a good picture of the events that unfolded and at the end you can judge for yourself if this was all in my head or I had some legitimate experiences.

It all started after I graduated college in 2010. I had done an internship for an insurance company in my hometown, New Castle, PA, and immediately accepted an offer with them out of school – this meant I would be living there. Anyone that has been away for college understands that moving back in with your parents after four years (5 or 6 for some) is a dreadful option and it was one that I simply wasn't willing to accept.

So, my college roommate, Ryan, and I decided to get a two bedroom apartment and we rented off of his grandpa who owned several old mansions in the city. I'll never forget the address, 208 E. Lincoln Ave. If you aren't familiar with the area that is right next door to New Castle High School. The mansion is one of the few homes in the area that is listed in the a National Registry of Historic Homes and is commonly known as the "Ohl Mansion" named after Edward Ohl, who built it.

My roommate and I occupied the entire second floor which was quite a bit of space to say the least. To give it some perspective, we could each be home and in our bedrooms and would have no idea that the other was there. Our floor was mainly updated except for the bedrooms and bathrooms which were not allowed to be changed given the historic status of the home. The best way to describe the bathrooms was if you have ever saw the movie Fight Club, they looked exactly like those, very creepy and very old. The bedrooms were huge. Big enough to fit a bed, furniture, and a personal living room in.

We moved in on a Friday, which I remember because we went out and drank that night at a bar downtown because it was close to us. It was night #1, I went to bed and right off of the bat, things began to happen. My memory is still vivid of that night. I was sound asleep on my back when something happened to me that I have never done or experienced in my life. Out of a dead sleep, I shot up in a sitting position for seemingly no reason into a 90 degree angle. I looked over to my left and down the side of the wall where my closet was and I saw a man, dressed in all white, and standing on 5 foot ladder painting the top of the wall. He looked at me, and then turned and went back to what he was doing.

The strangest part of the occurrence is that it didn't scare me. I remember being relaxed by the person and actually had a calming feeling come over me as I lay back down.

Obviously, the first thing I did the next morning was explain what I saw to anyone that would listen and of course everyone called me crazy. I understand that, even I chalked it up as maybe just being in my head. So I went on and months went by without experiencing anything similar at all.

And then there was a second occurrence. I woke up for work one morning and noticed that my back was itchy and when I went to scratch it I felt scabs. I looked behind and into the mirror and two long scratches across my back that made an "X". I can't explain how this happened because at the time I had done no activity that would have given me reason to believe that should be on me. Again, I told people and they thought I was crazy, but this time I had a picture (Unfortunately, it was on an old phone and I no longer have it) and I was able to show them. This is when I began trying to look into whether this house was haunted but found nothing on the internet that suggested it.

Time passed again and I was actually coming close to the end of my lease and had decided that I was going to move out. As the months grew closer to the time I was going to leave, these "haunted" occurrences became more and more intense. I was constantly being awoken in the middle of the night, every night. I explained it as such that I could always hear someone working. It sounded like they were either pounding nails or mopping or just doing some type of common work around the mansion. The noises and sounds were so bad that I found myself wide awake in the middle of the night just sitting in my bed in the dark and waiting for it to stop so I could go to sleep.

It was different now too, not like it was at first. The occurrences didn't calm or sooth me, they frightened me because I felt targeted.

I continued to tell people that the house was haunted and asked my roommate to talk to his Grandpa and see if anything had ever happened in the home – for whatever reason he never got around to it, probably because he didn't believe me since he was in the same house and not experiencing anything.

Eventually, it was time for me to move out and we began taking my things downstairs and loading them up. I'll never forget my roommate and I just outside the door of the house and each of us holding my bed and loading it onto my truck when a mini van pulled up next to us. A middle-aged woman stuck her head outside the passenger side window and said to us, "That's a beautiful house, isn't it? Are you moving in or out?".

My roommate explained that I was moving out but he was still living there.

As he said this, the car began to drive slowly away and as it was doing so, she again poked her head out, looked back and smiled, and said to him, "Watch out for the ghost..." and the car drove off.

I always remember the way she smiled, almost as if it were a smirk and how the van just completely disappeared across the horizon of the hill. We immediately looked at each other and I started telling him, "I told you! I told you!".

By now, people had begun to believe me and were genuinely interested in the story when I would explain it, but no one had actually validated my experiences with any of their own.

Anyway, it was two months later and I was living with my parents again - long story that I'll never tell you. I was cutting the grass when I noticed my phone was ringing and it was my old roommate, Ryan. I stopped the mower and answered and we talked for a second before he said something that I still get chills about to this day.

Ryan said to me, "So, I was at my grandpa's today and we were talking and I asked him if anything had ever happened in the house that we lived in... you won't guess what he told me."

Ryan went on and said this, "The former maintenance man from way back before he even owned it hung himself in that house."

***The most important thing to note is the fact that Ryan did not bait his Grandpa into the question. He made no mention of my experience or the things that I saw and heard. It was a simple, question and then answer***

Another strange thing happened after I left the home. I was told that a man who didn't introduce himself by name was walking around the home and looking for me and asking what I do and where I was. I have no other information about what that person would have wanted and never actually got contacted by him and probably has nothing to do with these experiences, but it's still weird.

There you have it... I saw someone painting in my room, displayed physical marks to prove it, I was constantly awoken in the middle of the night by sounds that I always described as someone working on the house, and anonymous people still walk around the property asking for me.

Everything validated by the suicide of the person long before we ever lived there. Believe me? That's up to you to decide. 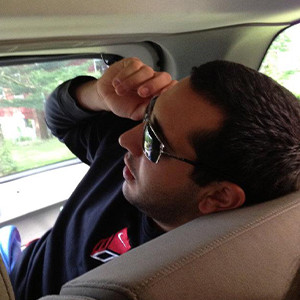