There are not a lot of times in which we get to write a headline like "Naked Cannibal Zombie Attacks Man In Miami" and it is actually true. Score one for sensationalistic journalism! On a serious note, this is a grisly story so if you have a week stomach you may want to go somewhere else on the internet instead of reading this.

On Saturday afternoon in Miami, a police officer shot and killed a naked man who was eating the face of another man after he refused to cooperate. The story that you are about to read has mutilation, cannibalism, and death. That's your last warning...now for the story:

According to the Miami Herald:

CBS Miami had posted an update later in the day:

Now, there is nothing funny about this story. A man ost his life to a horrible attack. But while the attack was gruesome, that has not stopped zombie fanatics from speculating that this is the beginning of the zombie-apocalypse. 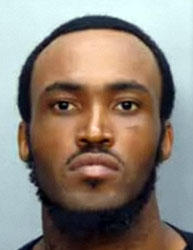 Here are the facts about the case and you can decide for yourself:

Yes, I repeated one of those. But it is pretty much the strongest point for the pro-zombie-apocalypse crowd. I am no expert, but I've watched enough episodes of The Walking Dead to have a general feel of what a zombie would look like, and there is a pretty strong case here.

Police later issued a statement speculating that the attacker, Rudy Eugene, was suffering from "cocaine psychosis." When that happens, the people "suffering" from it act crazy and feel an intense heat which makes them want to take off their clothes. That makes sense, but most pro-zombie people will just call it a coverup. The truth is out there!

Full disclosure: we don't think that this is the beginning of a zombie outbreak. But, just in case, you may want to brush up on the Zombie Survival Maps for the US.

There is also a video from a security camera near the attack below. You can not see the whole scene, but it is still disturbing.