Golden State Warriors May Be Getting An Arena On The Water 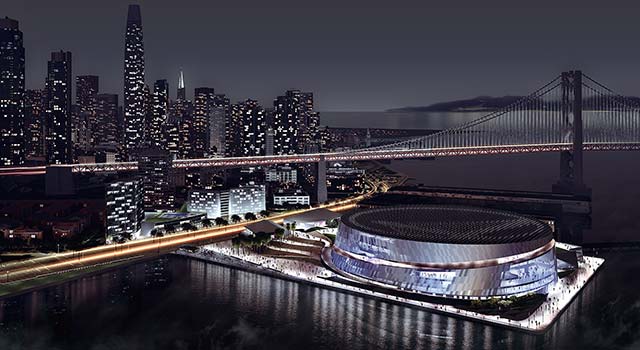 We just reported on some of the conceptual drawings for the Atlanta Falcons new stadium, and we thought they would have, at the least, been the best stadium designs released this month. But lo and behold, here comes San Francisco raining on the East-Coast parade. The Golden State Warriors are proposing a new arena built on the water of the San Francisco bay.

The Warriors want to use better views and more glass to sell the arena to fans, while parking is apparently optional on the bay. The 18,000 seat arena would be located at Piers 30-32 in the Bay, and would clock in at over $1 billion.

Craig Dykers is heading up the design for Snøhetta, an architectural firm from Norway - and he apparently shops at Ikea since he likes things simple. Dykers thinks that modern arenas are "complicated-looking structures, strange shapes,'' and designed the proposed Warriors arena to have a "very simple, very contemporary design that doesn't have lot of visual chaos." In your face, Atlanta Falcons Pantheon.

Although we're not sold on the simple design, they are including a park in the plans that would wrap around the entire structure and provide a walkway for fans and residents of San Francisco alike. The giant glass window along this path that gives a view into the arena is a great addition.

We may see this design in time for the 2017 season if the Warriors are able to get past the environmentalists that are upset about the proposed design.

Check out some of the concept drawings below. 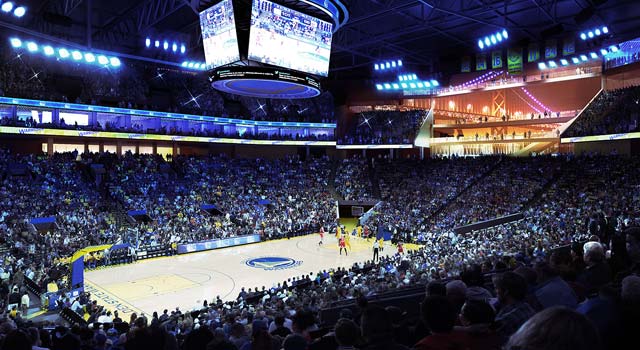 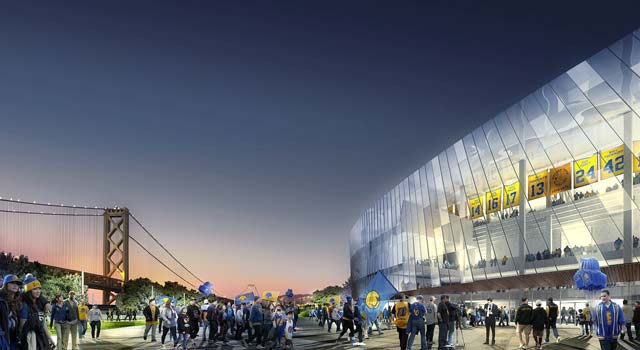 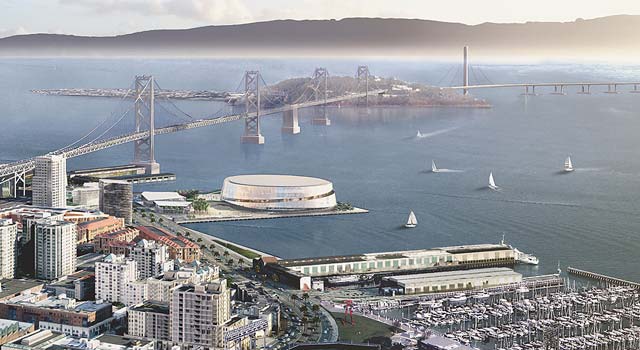