Is This The Longest National Anthem Ever? 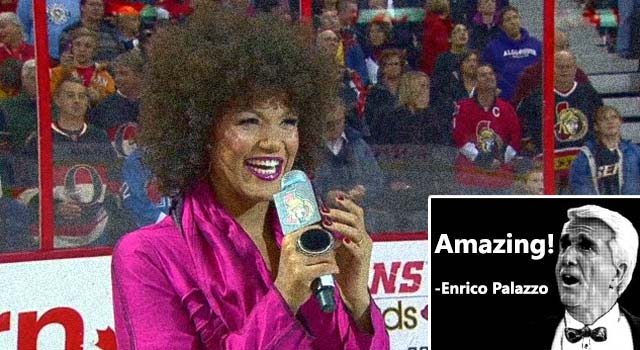 In honor of the NHL Lockout...

Be careful if you watch the video below, you may get sucked into a 4 minute black hole. It features Measha Brueggergosman, a Canadian singer who provided the voice behind the U.S. and Canadian national anthems before a Pittsburgh Penguins' and Ottawa Senators game last year. It's a four minute video, and you'll start laughing at the ridiculousness of it all at around the one minute mark. Then the last three minutes will feel like an hour, but you'll be laughing as you see the players faces and crowd reactions so you won't mind.

The Penguins, Senators, and the fans can barely hold in their laughter. Sidney Crosby is even having a hard time holding back.

Measha has a good voice, but keep it short next time ma'am. Hockey isn't about laughter, it's about competition, huge body checks, and fighting.

Well, at least it was until this year. Now it's just about fighting.