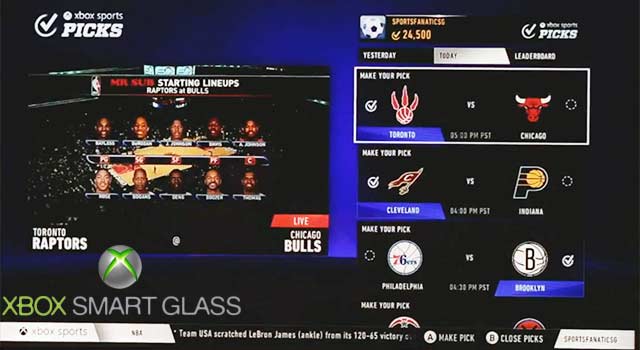 We first alerted you to Microsoft's new Xbox SmartGlass back in June. Since then, Microsoft has been relatively quiet when it comes to news about the new service that allows you to share videos and other content across your Xbox, Windows Phone, Windows Tablet, iPhone, Android device, and more.

The basic idea of SmartGlass is that it turns your mobile phone or tablet into a second screen that intelligently interacts with your Xbox 360. Xbox SmartGlass allows for your devices and TV to talk to each other to enhance your favorite TV shows, movies, music, sports and games.

It may seem a little confusing for people who think that you can already do that, so take a look at the video below to see some new demos of how that will actually work. If it works as smoothly as it looks like it can, this will be a game changer for Microsoft when it comes to home entertainment. They already rule the video game world when it comes to the Xbox. Now, with the sports features that make it seem like you can control ESPN, this will make an Xbox a required accessory for all real sports fans.