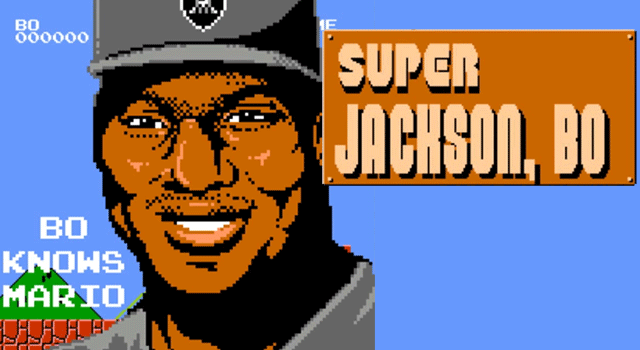 Remember how awesome Bo Jackson was in Tecmo Bowl on the original NES? When Jackson, the king of 8 bit sports, ran off the field after a touchdown, he would head straight down a tunnel. Well, now we know that the tunnel led to Super Mario World and 8 bits of video game greatness!

It's a perfect match, as Mario is the video game version of Bo Jackson. The jumping plumber is the best of the best, and here are 5 fun facts about the little guy:

Now onto the mashup. It always amazes me what people will take the time to do if it involves things from their childhood. Thank you, fan of nostalgia, for this awesome piece of work.