Breaking Bad Jr. Is The Junior High Version Without The Meth 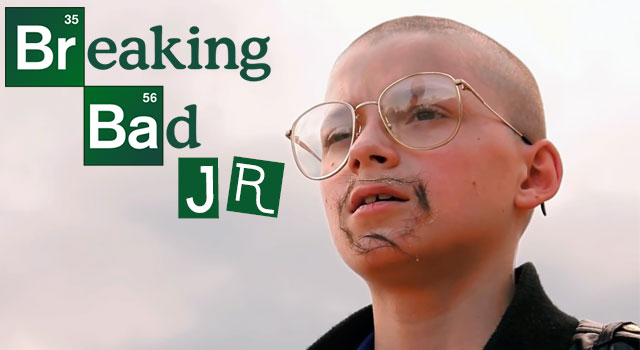 We love Breaking Bad here at the offices, and we're pretty disappointed that it's ending soon. So now we have to find something to bide our time on Sunday nights. Well, at least until The Walking Dead starts up again.

Now, you can fill part of your time with a Junior High School version of the series, complete with bubble gum instead of meth. And diabetes instead of cancer. And, well, we're not going to spoil the famous scene where Gus Fring dies for you, but just know that it's in there too.

Walt White Jr. is "the one who rings the doorbell...and runs away." Scary right?

We have to give props to Ian Hollowood, who plays Jesse in this parody. He came up with the idea, and somehow got "full parental support" according to the YouTube description. Plus, it's really well done. If you're interested in doing a sequel, let us know.