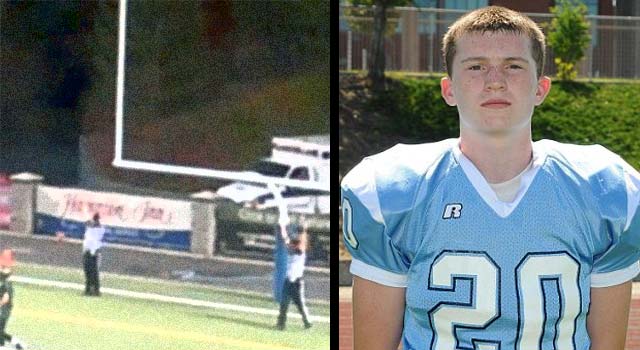 Let's just cut to the chase, a high school football player in Washington State just extended our unofficial "This Week In High School Footbal Craziness" segment, Austin Rehkow, kicked a 67 yard field goal. Let me say that again - a 67 yard field goal. The NFL record is 63, and the Washington Redskins had a professional kicker miss almost everything he tried this year. And don't get me started on Penn State's kicker, as First year coach Bill O'Brien has a kicker who invokes cheers from the home crowd when he kicks an extra point because even those are crap shoots for him.

For the record this tied the game for Austin's team who went on to defeat Shadle Park High School in overtime. Nice work, Austin.

Take a look at the video below: